At Impact Pardons, fingerprints can be captured utilizing the various methods now available to a modern fingerprint agency. If you need your fingerprints sent to the Royal Canadian Mounted Police (RCMP), then digital submission is the only way to go. IPP can do that with the cutting-edge technology of a KOJAK digital capture system.

If your fingerprints need to go to any one (or two or three or more) states in the United States, the tried and true ‘ink and roll procedure’ is usually requested. Impact Pardons can do that with state-of-the-art Ceramic Ink and 20 years of experience working with ink.

The best way of getting your fingerprints to the Federal Bureau of Investigation (FBI) now means using their ‘Hybrid’ fingerprinting system. The FBI use a combined digital and ink-to-paper procedure which generally means results are emailed back to the applicant in about 72 hours. It’s fast and economical.

For those who require a Certified Criminal Record Check but are outside Canada’s borders, CardScan is available at Impact Pardons. With CardScan, Impact Pardons ensures digital fingerprints are sent to the RCMP and the results returned as soon as possible. 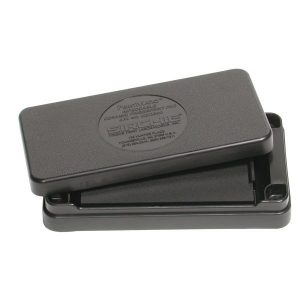 Impact Pardons still maintains an ink and roll capability as part of our world still utilizes ink and paper fingerprinting techniques. The Federal Bureau of Investigation (FBI) utilizes a hybrid system where ink and roll paper prints are electronically matched to digital bio graphics the client emails them. It’s a great system that is both fast and relatively inexpensive by digital standards. It is truly the best way to get a History Summary from the FBI.

For applicants who reside outside Canadian borders but require a Certified Criminal Record (CCR) search be done by the RCMP, Impact Pardons utilizes a system called Card Scan. In this case, applicants courier original fingerprints, certified identification documents and signed releases to Impact Pardons. The original fingerprints are then scanned by our approved and registered scanner and sent to the RCMP for processing. Utilizing our Global Solutions fingerprinting process saves the applicant time and is much more economical than buying plane tickets to fly to Canada to get fingerprinted.

In the recent past, clients have come in to get digitally fingerprinted for: