The National Parole Board (NPB) was responsible for granting, denying or revoking pardons right up to 13 March, 2012. Since then under the Omnibus Bill C-10, the renamed ‘Parole Board of Canada’ (PBC), became responsible for ordering record suspensions. Just as a pardon would allow your criminal convictions to be ‘kept separate and apart’, the record suspension now allows your criminal convictions to be ‘set aside’ from other criminal records.

When can I apply?

You can apply after your sentence is complete. Completing a sentence includes:

What does a Record Suspension cost?

The Parole Board of Canada requires a payment of $631 with each application. There will be an Impact Pardons application preparation fee and there are disbursements (additional fees) for fingerprinting, court records and local police record checks. Some applicants may need to pay for affidavits and archive searches as well, but only when and if they become necessary.

How long does it take?

A record suspension decision for an offence or offences tried summarily must be rendered within 6 months of its acceptance by the Parole Board of Canada (PBC); a record suspension for an offence or offences tried by indictment must be rendered within 12 months of application acceptance by PBC. Applicants must know, however, collecting the various court and police records may take 4 to 6 months prior to being able to submit the application to the PBC for their acceptance. Total time from start of application to acceptance and then to a decision by the PBC, may be 12 to 18 months.

Aren’t less serious convictions or those from 7 or 10 years ago removed automatically?

No. The RCMP retains criminal records until the subject of the record reaches one hundred and twenty-five (125) years of age.

Can I get a Record Suspension for Absolute and Conditional Discharges?

I got a Record Suspension, why does my CPIC still come back with charges attached?

This often happens when the local police agency policy regarding CPICs requires unaddressed charges (withdrawn, stayed, quashed, dismissed, overturned, acquitted, or a finding of not guilty or not guilty due to insanity) be noted on the CPIC if these non-conviction charges seem relevant to the CPIC request.

What are ‘unaddressed’ or ‘non-conviction’ charges?

Unaddressed charges are the charges with which the Crown did not proceed. These charges are commonly referred to as withdrawn, dismissed or stayed and therefore have not been addressed by the court. In effect, you were charged but not convicted. As the Parole Board of Canada (PBC) only works with your convictions, these charges remain on your criminal record even after a record suspension (formally pardon) has been ordered for you.

To remove these charges, you can ask or request the police agency (or agencies) to remove these non-conviction charges either by a purge or a file destruction. This is best done in writing after you get a record suspension. Local police – both municipal and provincial – set their own policies and regulations regarding non-convictions so if there are charges from several agencies, separate application letters will be required. If your discharge has been automatically removed, you may have to make a separate request to have the FPS associated with your name removed along with the non-conviction charges. Police agencies may or may not grant your request and there are no guarantees. Contact Impact Pardons if you would like further information.

Should you need any assistance with your record suspension application, Impact Pardons can help you get through it.

If you started your application when it was a pardon and can’t get your head around the new rules, give us a call.

I have sweaty hands; can I still get digital fingerprints?

Yes, you can. Fingerprints at Impact Pardons are all done digitally or via ink to paper. The paper fingerprint is the RCMP default position. When everything is going wrong with a digital print session, you can always count on ink to get the job done. With more than 20 years’ experience, Impact Pardons can get you fingerprinted. Not long after I started fingerprinting in 1999, (it was always ink and roll then…no digital fingerprints until 2005) a fingerprint client came in who suffered with hyperhidrosis – sweaty hands. It took a little time to find a way around her hand condition, but we did. With such a client today, IPP allows for a private appointment, no line-ups, no pressure and plenty of time. We have lint-less hand towels, rubbing alcohol, a fan to blow air and we have even gone outside to a picnic table on a sunny afternoon to get fingerprints. Note: only 5% of the population cannot be electronically fingerprinted.

Our digital fingerprint format is state-of-the-art KOJAK. KOJAK works by measuring the difference in temperature between a ridge and a valley. Read that line again. I’ll wait… Quite a remarkable system if you think about it. Computers work on a binary system of ones and zeros. Fingerprints are an example of a binary system, i.e. ridges and valleys (or 1’s and 0’s). If the computer is programed to read ridges as ‘1’ and valleys as’0’ and then further programed to show on a screen where the ‘1’ information is, when you place your fingers on the KOJAK reader, the computer screen will display all the ‘1’s (ridge lines) because ridges are raised above the valleys and to some degree, are cooler than the ‘2’s (valleys), because the valley is warmer than the ridge. You don’t have to know that but that’s what happens when you place your fingers flat on a KOJAK platen and 2 seconds latter your are looking a your fingerprints on a computer screen.

I got a CPIC done last year without needing fingerprints. Why do I need fingerprints this year?

Last year when your name, date of birth (DOB) and gender were entered into the CPIC system, there was no one with a close match to your birth date and gender. Since your last CPIC however, someone having a similar DOB and same gender has been entered into the CPIC system and fingerprints are the only definitive way for the RCMP to know who you are. A further ‘Point to Consider’… If you need a CPIC every year, consider requesting a Certified Criminal Record Check (CCRC) – based on fingerprints. Until the other person who has a criminal record gets a record suspension, your DOB and gender will always come up as a possible match to a criminal record. Why pay for both a CPIC and CCRC when the CCRC will get straight to it? If your local police cannot get you fingerprinted quickly and you live in the Brockville, Kingston, Belleville corridor here in Ontario, ask your police agency for a ‘Letter of Instruction’ so Impact Pardons can get your fingerprints to the RCMP today.

How are fingerprints captured at Impact Pardons?

Fingerprints can be collected either digitally or ink and rolled as the occasion requires.

If the applicant is applying for a national or international adoption, name change, visa, immigration, citizenship, US waiver, pardon, privacy act request or any other non-criminal purpose and the fingerprints must go to the Royal Canadian Mounted Police (RCMP), the procedure is almost always digital.

Ink and roll (I&R) ten-print is still popular with foreign government and police agencies when immigration and citizenship are at issue.

How are Digital Fingerprints taken? 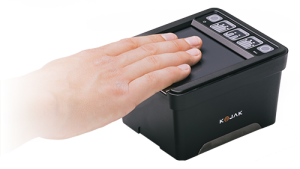 How are Ink and Roll Fingerprints taken? 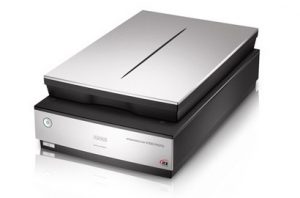 For Ink and Roll (I&R) printing, Impact Pardons Plus utilizes the very best of the modern-day fingerprint inks from Sirchie. IPP uses the EZID300 Ceramic Fingerprinting Pad because of the quality of the ink, the preciseness of the finished print and the ease of clean-up after the printing is done. The I&R fingerprints are most often sent across boarders to police agencies that may not utilize the latest in electronic fingerprint technologies so it’s very important that quality of the fingerprints be the best they can be. IPP has been ink and rolling fingerprints for clients since 1999. Over the years we have learned a few things about getting quality prints to paper even if the fingerprints are weak, thin, aged or ‘well used’, as one client recently put it.

When Impact Pardons receives I&R fingerprints from abroad, we use the CardScan system that has been in use by us since 2012. We ensure the quality remains high by using the Epson Perfection V700 Photo Scanner. The I&R fingerprints become digital fingerprints once electronically scanned and transcribed to pdf. When those transcribed prints are sent through to the RCMP via VPN and electronic means, the prints are handled as if they were digital from the start.

Do I need an appointment?

Appointments are recommended but please call 343.333.1778 and let us know you are on your way. Impact Pardons will work around your schedule. Our office hours are 8:00 am to 4:30 pm, Monday to Friday with appointments available Saturday, Sunday and weekday evenings.

How long should it take for a fingerprint and photo for my Permanent Residence Card?

Fingerprints generally take 3 minutes and a photo about 15. Impact Pardons can have you on your way in approximately 20 minutes, but if you ask questions, it will be longer. Impact Pardons books appointments every 15 minutes.

Do you take criminal fingerprints too?

No. Impact Pardons Plus is authorized, approved and accredited to capture and send fingerprints to the RCMP Criminal Real Time Identification System for civil purposes only.

What type of identification should I present to get fingerprinted?

Identification (ID) must be current, legible and original. There must be two pieces of valid government ID and one must have a photo.

What forms of ID do you accept?

What forms of ID do you accept?
Impact Pardons will require 2 identification documents.One from each list or two from the Primary ID list.
The following types of ID are acceptable as primary identification:

The following types of ID are acceptable as secondary identification:

I need my fingerprints to go to the USA. Can you help?

Yes, Impact Pardons fingerprints on US FD-258 fingerprint cards every day. Downloading and printing out a FD-258 card from the FBI website is not necessary as IP has a supply of 8 x 8, FD-258 print cards on hand for client use. Go to Google and type ‘Identity History Summary Checks

How long does it take to get fingerprint results back?

Can I check the status of my fingerprint application?

Yes. You can email the RCMP or phone 613.998.6362 and leave a message. Your message should contain the following information: your full legal name / your date of birth / date fingerprinted.