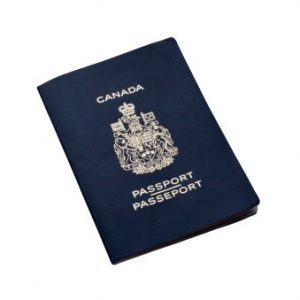 Passport photos are meant to reflect a true likeness of the subject with no smiling while looking straight into the camera. Each country has its own set of photo rules and Impact Pardons will be happy to assist in the research to ensure you leave with a set of usable passport photos for whatever country you are working with.

Most countries insist that the subject of the photo be in focus, separated from the background (white or light background colour), be a certain size (50×70 or 35×45 or 51 x 51 or dozens of other ‘standard’ sizes) and the subject must be properly centered. Most also include how large the head must be within the frame of the photo and some include instructions on where the eyes must be placed in relation to the top and bottom of the photo.

Most often but not always, the back of the photo must be stamped; but not always with the same information. Some just require a date; some a date and a name while still others might require photo studio name and address, guarantor statement and signature plus date photo taken and subject name and date of birth. That’s a lot of information on a 35 x 45 photo.

Impact Pardons not only takes the photo and ensures quality control, image sharpness and clarity with no glare but we also print, cut to size, stamp the back and we make sure you get the proper number of copies for the application you are working on.

No matter how complex, introverted, elaborate or ‘simple’ the government agency has made the rules governing the production of a passport photo, between Impact Pardons, you and some research, we’ll get it figured out.

The two photos required for Permanent Residence Cards must measure 50mm x 70mm, been taken in the last 6 months, be on proper quality photographic paper and the head must be between 31mm and 36mm from chin to crown. The eyes must be clearly visible, cosmetic accessories are permitted but not as a disguise, the background should be white or white-coloured, uniform lighting (no shadows on the face) and no flash reflections from eye glasses. The subject must have a neutral expression looking straight into the camera, mouth closed and no smiling.

The back of one of the two photos will have the name and address of the photo studio, the date the photo was taken as well as the name and date of birth of the subject. The other photo should be blank on the back.

Citizenship Photos are now the same size and have the same requirements as Immigration Photos. 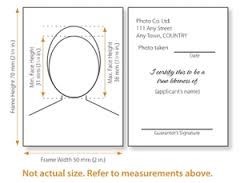